Use cluster in a sentence A cluster of grapes.

intransitive
To gather or grow into bunches.

transitive
To cause to grow or form into bunches. 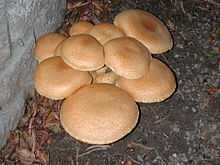 A cluster of mushrooms. 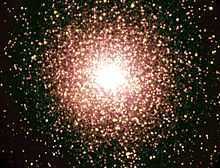 A star cluster
English Wiktionary. Available under CC-BY-SA license.
Link to this page
Cite this page

WORDS NEAR cluster IN THE DICTIONARY