Use ear in a sentence Ear is defined as the part of the body for hearing.

An example of an ear is how people listen to music.

Informal to be listening attentively or eagerly

Slang to talk excessively to someone

to be ignored or unheeded

have an ear to the ground

to give careful attention to the trends of public opinion

have the ear of

to be in a favorable position to talk to and influence; be heeded by

in one ear and out the other

heard but without effect

to play (a musical instrument or piece) without the use of notation, improvising an arrangement

play it by ear

Informal to act as the situation demands, without a preconceived plan; improvise

set on its ear

Informal to cause excitement, upheaval, etc. in

to be unwilling to listen or heed

the grain-bearing spike of a cereal plant, esp. of corn 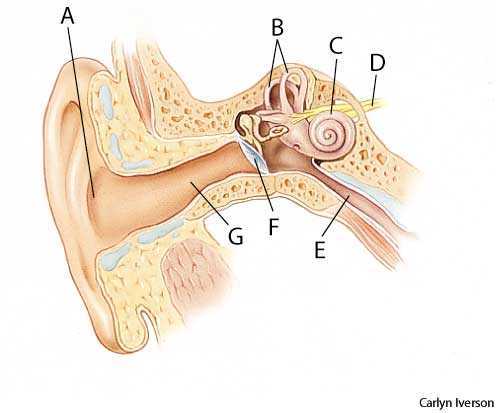 bottom: on a pitcher 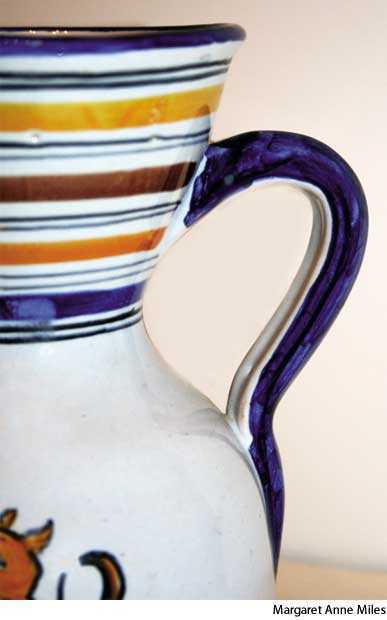 The seed-bearing spike of a cereal plant, such as corn.

Ear. (n.d.). In YourDictionary. Retrieved from https://www.yourdictionary.com/Ear
Link to this page
Cite this page

audialgesia Medicine. a pain in the ear; earache. auriscope an instrument for examining the ear. auriscopy the art of using the auriscope. otalgia an earache. otiatrics, otiatry Medicine. the therapeutics of ear diseases. —otiatric, adj. oticodinia a vertigo resulting from ear disease. Also oticodinosis. otitis Medicine. any variety of inflammation in the ear. —otitic, adj. otography 1. the science of the ear. 2. a scientific description of the ear. otology 1. the branch of medicine that studies the ear and its diseases. 2. the treatment of ear disorders. —otologist, n. —otologic, otological, adj. otopathy an abnormal condition or disease of the ear. otoplasty plastic surgery of the ear. otopyorrhea the discharge or flowing of pus from the ear. otorrhea any flowing or discharge from the ear. otoscopy a visual inspection of the ear drum and the auditory canal. —otoscopic, adj. pachyotia abnormal thickness of the ears. tinnitus a ringing or whistling sound in the ears, not caused by any outside stimulus.
Ologies & -Isms. Copyright 2010 The Gale Group, Inc. All rights reserved.
Link to this page
Cite this page

From Old English erian, from Proto-Germanic *arjaną, from Proto-Indo-European *h₂erh₃- (“to plough”).

A representation of the pronunciation of hear by a speaker whose dialect lacks the voiceless glottal fricative or transition (IPA: [h]).

(1) (Enterprise ARchive) A file that contains an entire Java EE application including its components and deployment descriptors. See WAR.

(2) (Export Administration Regulations) Regulations administered by the U.S. Department of Commerce, replacing the ITAR in 1996 as the governing regulations for the export of strong commercial cryptographic products. The EAR relaxed restrictions on such exports. See Wassenaar Arrangement and ITAR.

WORDS NEAR ear IN THE DICTIONARY