used with a sing. or pl. verb
Small pincers, usually of metal, used for plucking or handling small objects.

From obsolete tweezes pl. of tweeze a case for tweezers or other small instruments alteration of etweese from French étuis pl. of étui ; see étui . 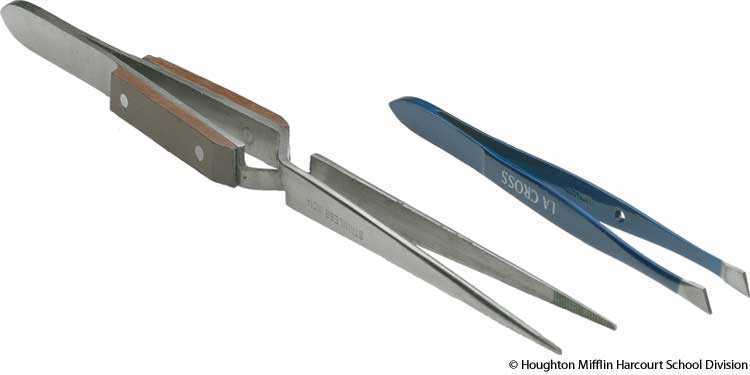 WORDS NEAR tweezers IN THE DICTIONARY