Use baroque in a sentence The Trevi fountain in Rome is an example of baroque art.

The definition of baroque refers to the style of music, architecture and the arts that were prevalent from 1600 to 1750.

An example of baroque isLudwigsburg Palace in Germany.

also Baroque
The baroque style or period in art, architecture, or music.

French from Italian barocco imperfect pearl and from Portuguese barroco 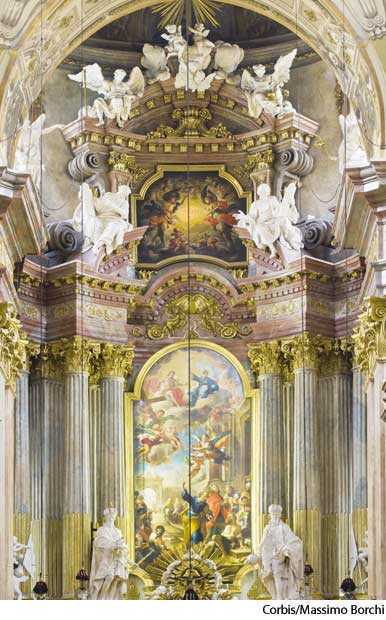 Via French (which originally meant a pearl of irregular shape) from Portuguese barroco (“irregular pearl”); related to Spanish barrueco and Italian barocco, of uncertain ultimate origin, but possibly from Latin verruca (“wart”).

WORDS NEAR baroque IN THE DICTIONARY