Use Neptune in a sentence The definition of Neptune is the eighth planet from the Sun.

An example of Neptune is a planet with regular winds of around 750mph. 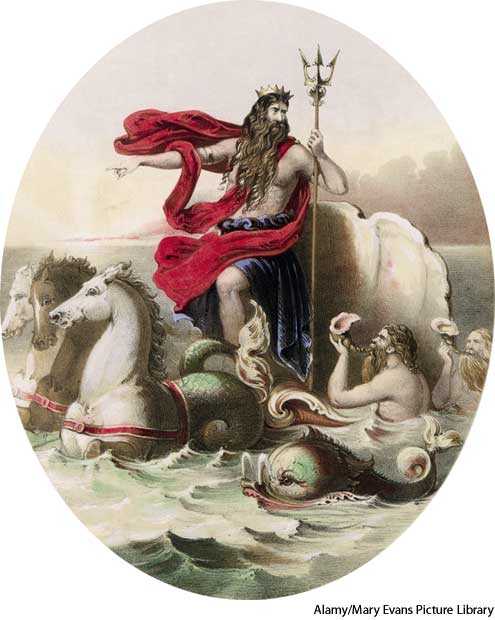 Neptune. (n.d.). In YourDictionary. Retrieved from https://www.yourdictionary.com/Neptune
The eighth planet from the Sun and the fourth largest, with a diameter almost four times that of Earth. Neptune is a gas giant with a very active weather system, exhibiting extremely long and powerful storms with the fastest winds observed in the solar system. Neptune's axis is tilted 28.8° from the plane of its orbit, and its summer and winter seasons each last 40 years. For a period of 20 years out of every 248, Pluto's highly elliptical orbit crosses within that of Neptune. Neptune has four faint rings and 13 known moons and appears blue due to the absorption of red light by the methane within its atmosphere.

WORDS NEAR Neptune IN THE DICTIONARY