Use mathematics in a sentence

The definition of mathematics is the study of the sciences of numbers, quantities, geometry and forms.

When Pythagoras studied and came up with the Pythagorean theorem, this was an example of mathematics.

used with a sing. verb
The study of the measurement, properties, and relationships of quantities and sets, using numbers and symbols. 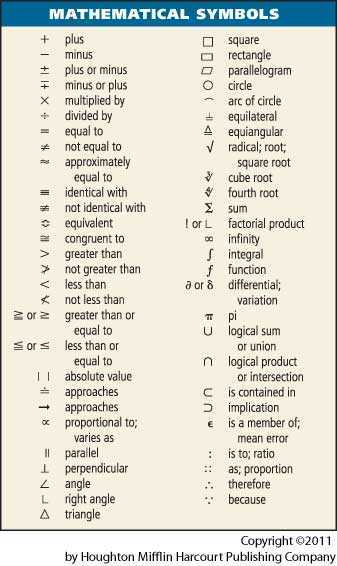 Mathematics. (n.d.). In YourDictionary. Retrieved from https://www.yourdictionary.com/MATHEMATICS
The study of the measurement, relationships, and properties of quantities and sets, using numbers and symbols. Arithmetic, algebra, geometry, and calculus are branches of mathematics.
Link to this page
Cite this page

algebra the branch of mathematics that treats the representation and manip-ulation of relationships among numbers, values, vectors, etc. —algebraic, adj. algorism 1. the Arabic system of numbering. 2. the method of computation with the Arabic flgures 1 through 9, plus the zero; arithmetic. 3. the rule for solving a specific kind of arithmetic problem, as finding an average; algorithm. —algorist, n. —algorismic, adj. algorithm any methodology for solving a certain kind of problem. analogism the construction of a proportion. biometrics 1. the calculation of the probable extent of human lifespans. 2. the application to biology of mathematical and statistical theory and methods. —biometric, biometrical, adj. calculus a branch of mathematics that treats the measurement of changing quantities, determining rates of change (differential calculus) and quantities under changing conditions (integral calculus). geodesy the branch of applied mathematics that studies the measurement and shape and area of large tracts, the exact position of geographical points, and the curvature, shape, and dimensions of the earth. Also called geodetics. —geodesist, n. —geodetic, geodetical, adj. geometry the branch of mathematics that treats the measurement, relationship, and properties of points, lines, angles, and flgures in space. —geometer, geometrician, n. —geometric, geometrical, adj. isoperimetry the study of flgures that have perimeters of equal length. —isoperimetrical, isoperimetral, adj. logarithmomancy a form of divination involving logarithms. logistic Rare. the art or science of calculation or arithmetic. mathematics the systematic study of magnitude, quantitites, and their relationships as expressed symbolically in the form of numerals and forms. —mathematician, n. —mathematic, mathematical, adj. metamathematics the logical analysis of the fundamental concepts of mathematics, as function, number, etc. —metamathematician, n. —metamathematical, adj. orthogonality the state or quality of being right-angled or perpendicular. —orthogonal, adj. parallelism the quality of being parallel. philomathy 1. Rare. a love of learning. 2. a love of mathematics. —philomath, n. —philomathic, philomathical, philomathean, adj. planimetry the geometry and measurement of plane surfaces. —planimeter, n. —planimetric, planimetrical, adj. polynomialism a mathematical expression having the quality of two or more terms. porism Rare. a kind of geometrical proposition of ancient Greek mathematics arising during the investigation of some other proposition either as a corollary or as a condition that will render a certain problem indeterminate. —porismatic, adj. Pythagoreanism the doctrines and theories of Pythagoras, ancient Greek philosopher and mathematician, and the Pythagoreans, especially number relationships in music theory, acoustics, astronomy, and geometry (the Pythagorean theorem for right triangles), a belief in metempsychosis, and mysticism based on numbers. —Pythagorean, n., adj. —Pythagorist, n. quadratics the branch of algebra that deals with equations containing variables of the second power, i.e. squared, but no higher. spheroidicity the state of having a roughly spherical shape. Also called spheroidism, spheroidity. statistology Rare. a treatise on statistics. theorematist a person who discovers or formulates a mathematical theorem. —theorematic, adj. topology a branch of mathematics that studies the properties of geometrical forms that remain invariant under certain transformations, as bending or stretching. —topologist, n. —topologic, topological, adj. trigonometry the branch of mathematics that treats the measurement of and relationships between the sides and angles of plane triangles and the solid figures derived from them. —trigonometric, trigonometrical, adj.
Ologies & -Isms. Copyright 2010 The Gale Group, Inc. All rights reserved.
Link to this page
Cite this page

WORDS NEAR mathematics IN THE DICTIONARY