Use cone in a sentence This funnel is a cone. The definition of a cone is anything with a circular surface on one end and one point at the other end where all sides or lines meet, or the reproductive, seed-bearing growth of a pine tree.
YourDictionary definition and usage example. Copyright © 2018 by LoveToKnow Corp
Link to this page
Cite this page

coned, con′ing
to shape like a cone or a conical segment

coned, con·ing, cones
To shape (something) like a cone or a segment of one. 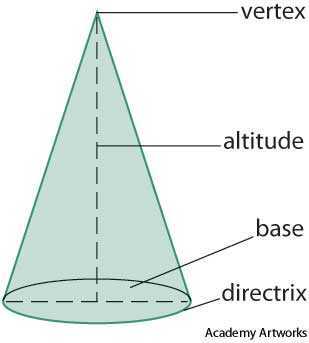 bottom: cones and rods of a human eye

Cone. (n.d.). In YourDictionary. Retrieved from https://www.yourdictionary.com/CONE
Link to this page
Cite this page

Physiology One of the photoreceptors in the retina of the eye that is responsible for daylight and color vision. These photoreceptors are most densely concentrated in the fovea centralis, creating the area of greatest visual acuity. Also called cone cell
The American Heritage Dictionary of Medicine © 2018 by Houghton Mifflin Harcourt Publishing Company. All rights reserved.
Link to this page
Cite this page

WORDS NEAR cone IN THE DICTIONARY