vous·soir
Archit. any of the wedge-shaped stones, or other parts, of which an arch is built: the central, topmost voussoir is called the keystone; either of the lowest voussoirs is called the springer

One of the wedge-shaped stones forming the curved parts of an arch or vaulted ceiling. 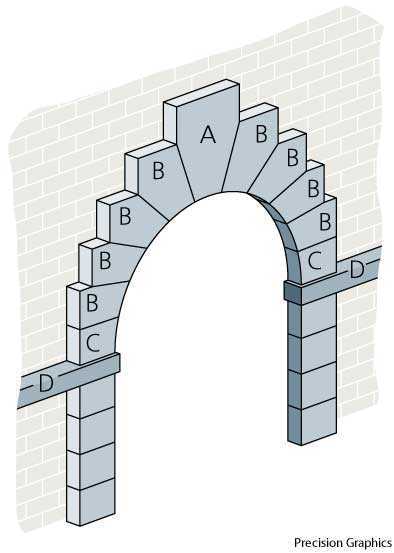 WORDS NEAR voussoir IN THE DICTIONARY