Use Jupiter in a sentence

The definition of Jupiter is the largest planet in our solar system, or the supreme god in Roman mythology. 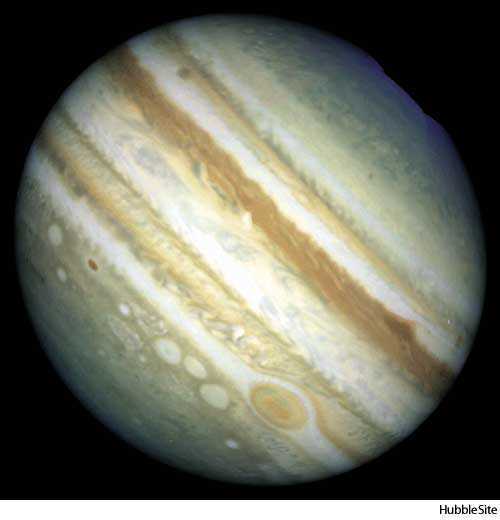 Jupiter. (n.d.). In YourDictionary. Retrieved from https://www.yourdictionary.com/Jupiter
The fifth planet from the Sun and the largest, with a diameter about 11 times that of Earth. Jupiter is a gas giant made up mostly of hydrogen and helium. It turns on its axis faster than any other planet in the solar system, taking less than ten hours to complete one rotation; this rapid rotation draws its atmospheric clouds into distinct belts parallel to its equator. Jupiter has more known moons by far than any other planet in the solar system—as many as 63, with new ones being discovered regularly in recent years—and it has a faint ring system that was unknown until 1979, when the Voyager space probe investigated the planet. A persistent anticyclonic storm known as the Great Red Spot is Jupiter's most prominent feature.

The planet Jupiter takes the adjectival form Jovian, and not *Jupiterian. The planet's demonym is also Jovian.

WORDS NEAR Jupiter IN THE DICTIONARY