(2) A solid state storage module that plugs into the computer's USB port. Using flash memory chips that hold up to one terabyte of data, the solid state USB drive emulates a hard disk. USB drives are extremely popular for backup as well as data transfer from one machine to another. They can also hold an operating system and be used to boot the computer (see bootable disk). Their ever-increasing storage capacities have mostly obsoleted writable CDs and DVDs. See sneakernet. Known By Many Names Debuting at the turn of the century, a USB drive is also called a "flash drive" as well as many other monikers. Any combination of the words "USB," "flash," "key," "drive," "jump" and "stick" are used (see USB drive names). Transfer Speed USB drive vendors use the data transfer ratings of CD-ROMs, where each "x" equals 150KB per second. For example, a 90x drive is 13.5MB/sec (90 x 150). See CD-ROM drives and solid state.

Long-Term Marketing Mileage
Vendors give away custom-printed USB drives preloaded with promotional material, because people keep using them for other purposes.

No Bigger Than the Plug
In 2010, Verbatim launched its Tuff-"N"-Tiny line, only two millimeters thick. Although the contacts are exposed (top left), the units are water and dust proof. 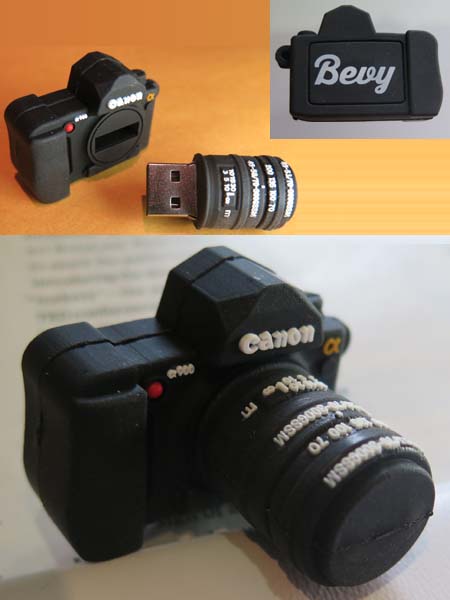 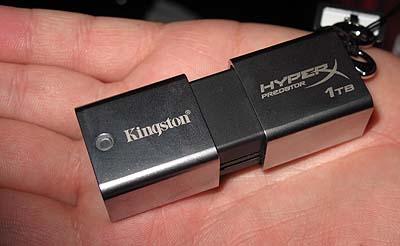 One Terabyte
In 2013, Kingston Technology introduced the first terabyte USB drive. Imagine telling someone in 1993, when floppy disks were widely used, that in 20 years, a lightweight, handheld device would hold the equivalent of 650,000 floppies. By 2017, 2TB drives were introduced.
Computer Desktop Encyclopedia THIS DEFINITION IS FOR PERSONAL USE ONLY All other reproduction is strictly prohibited without permission from the publisher. © 1981-2017 The Computer Language Company Inc. All rights reserved.
Link to this page
Cite this page

WORDS NEAR USB drive IN THE DICTIONARY