The smallest Mac desktop computer. The mini is a full-fledged Mac in an 8x8" case 1.5 inches thick. Introduced in 2005 with PowerPC G4 processors, Intel-based units came out the following year. Like all desktop computers, a separate monitor, keyboard and mouse are required, which can be Apple devices or the same products used on PCs. Storage in the newer minis is solid state or hybrid (see Fusion Drive). See Macintosh models and Macintosh. 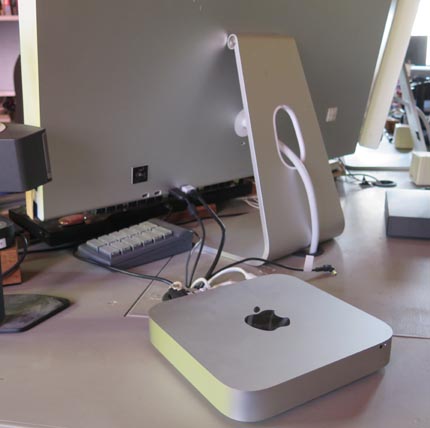 A Modern Mac Mini
Dwarfed next to the Apple 30" monitor, this 2012-vintage mini is wired to a monitor, backup drive, keyboard, mouse, USB hub and macro keypad. 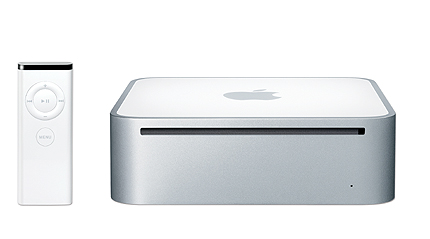 The Mini's Predecessor
In 2000, the G4 Cube was Apple's first compact Mac. Award winning in its design, the Cube was soon dropped due to overheating and other maladies. (Image courtesy of Apple Inc.)
Computer Desktop Encyclopedia THIS DEFINITION IS FOR PERSONAL USE ONLY All other reproduction is strictly prohibited without permission from the publisher. © 1981-2017 The Computer Language Company Inc. All rights reserved.
Link to this page
Cite this page

WORDS NEAR Mac mini IN THE DICTIONARY