A social robot that takes the virtual assistant to the next level. Pronounced "gee-bo," Jibo plays games, takes photographs and verbalizes voice messages and reminders. Jibo's moving head can track people as they walk around the room for video calling and other activities. Crowdfunded on Indiegogo in 2014, supporters contributed USD $3.7 million; 20 times the campaign goal. See social robot. 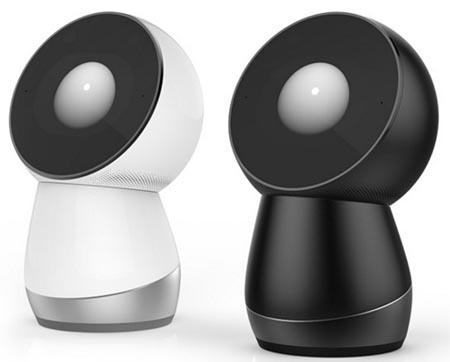 The Jibo Social Robot
Jibo's head moves to track people, and its body also moves to provide human-like action. (Image courtesy of Jibo, www.jibo.com)
Computer Desktop Encyclopedia THIS DEFINITION IS FOR PERSONAL USE ONLY All other reproduction is strictly prohibited without permission from the publisher. © 1981-2017 The Computer Language Company Inc. All rights reserved.
Link to this page
Cite this page

WORDS NEAR Jibo IN THE DICTIONARY